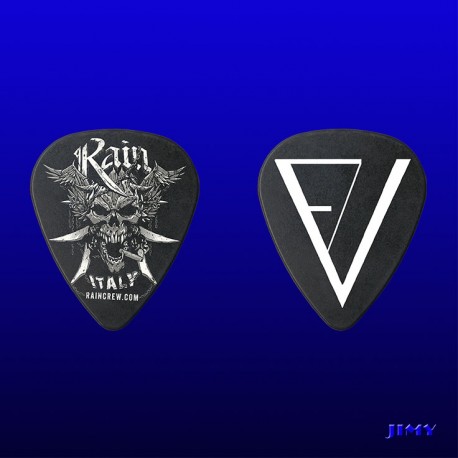 The Italian Rock Band RAIN started to rock in 1980 in Bologna. Three generations of musicians have passed beneath its name and they have ridden the rock influences of their respective periods, turning RAIN in a veritable team of the Italian Rock.Moving on from the Heavy Metal of their early records up to the modern sounds of the latest album and experimenting new atmospheres with acoustic rock in their studio LP: “MEXICAN WAY”, to return to heavy and thundering tunes with the last work "Spacepirates".

In their early years they performed live mostly in Bologna, the hometown of all the previous members of the band. Year after year their local popularity increased, persuading them to expand their audience to nearby cities. Despite the many line-up changes, RAIN’s work became more and more determined to keep the road of Rock, releasing their first album of original songs on cassette.

Between 1998 and 2007, RAIN released two records: “BIGDITCH 4707”, distributed by Greek label Eternal Shadows, and “HEADSHAKER”, recorded for the French label Deadsun Records. The long promoting tours of these two LPs brought RAIN to be known all over Italy and even in Europe. PAUL DI ANNO (first Iron Maiden frontman) MICHAEL SCHENKER, UDO, IRON SAVIOR, and HELSTAR, are just some of the big names that the Italian band has had to support.

Due to this intense live activity, Rain matured international experience and started to receive good reviews for their high level performances. Worth mentioning their appearance at AREZZO LOVE WAVE in 2005 as the band recommended by METAL HAMMER magazine and the outstanding show in Slovenia at METAL CAMP 2005with EXCITER, ANTHRAX, MALMSTEEN, CHILDREN OF BODOM, SLAYER, and more.

During 2008 they released the record “DAD IS DEAD”, containing 12 unreleased tracks and a cover. As guest Steve Sylvester singing the legendary Cult hit “Rain”. The record was produced and distributed by Aural Music all over the world, and in Italy by Audioglobe.

Year 2014 will be remembered for the arriving of a new singer, Mantis le Sin, of a new solo Guitarist, Amedeo Mongiorgi, and of a new drummer, Andrea Fedrezzoni.

Years 2014 and 2015 passed by with lots of shows both in Italy than in Europe (to be mentioned the amazing performance at PISTOIA BLUES 2015 supporting BLACK LABEL SOCIETY AND THE DARKNESS"), but the Band started to write the following work of "Mexican Way".

The last record "Spacepirates" was taken to life during April 2016, and saw Rain return to heavy sounds but withsomething new. Immediatly tha Band started to tour to support the record (among others Milan, Rome, Bologna, Florence, and a seven days tour with Jeff Scott Soto around Europe). The new record achieved very good reviews and was really welcomed by the people. Rain toured lots of places during the summer of 2016 and at that time the Band and Amedeo friendly parted ways. Amedeo was replaced by Freddy “V” Veratti at the end of august 2016.

At the end of January 2017 the band released a brand new single track, "Good Morning Texas", included as a bonus track on the vinyl edition of the album "Spacepirates". The song features famous american producer Beau Hill, and italian singer Alessandro Del Vecchio for the backing vocals.March 2nd Rain released a cover version of the song "Disperato erotico stomp", of the italian artist Lucio Dalla, to celebrate his 5th death anniversary.

Rain are still planning new tours and writing new songs to carry on this 4 decades history. 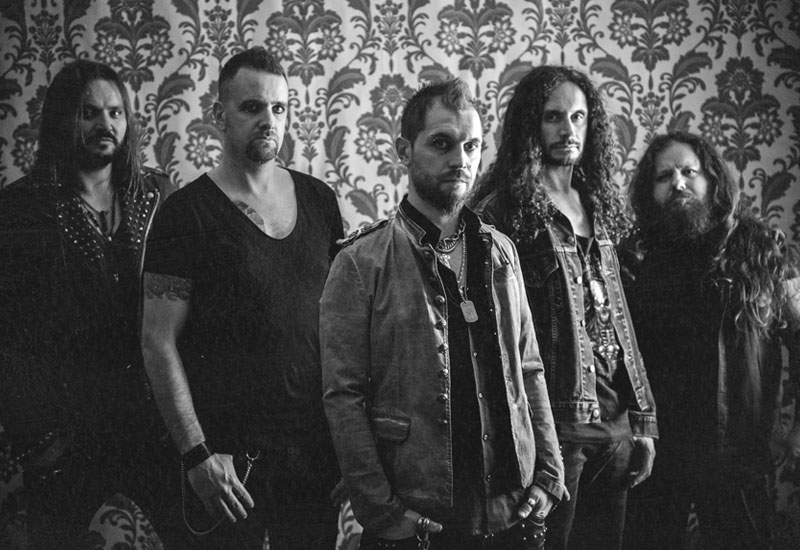